Roo Theatre Company is one of the foundation teams in Playmates and has been represented in every Playmates since it started in 2006 and were back-to-back Playmates champions in 2011 and 2012. Roo is a community based non-profit organisation whose vision is to bring affordable theatre to the general public and to allow those with an interest in the arts to become actively involved in the group. To this day, Roo maintains its philosophy of working together as a team to develop their vision of theatre into a reality. Along with Broadway Musicals and Classic Drama, Roo has gained a reputation for community inspired new Australian works.

The Roo Theatre Company is located in Shellharbour Village, on the corner of Addison Street and Wentworth Street.

Roo Theatre’s team captain, Dylan Horvat, is looking forward to finally being in Playmates after being a die-hard fan for four years.

“Knowing how keen a couple of people were for me to do it boosted my confidence, so I thought I’d give it a go! Right now, I’m excited, but once the day arrives, I’ll be nervous as all hell!”

Dylan has performed improvisation comedy once before with “The Gullibles” in 2009 and has performed nine stand-up comedy shows. He has acted in 15 Roo Theatre shows such as As You Like It, Hating Alison Ashley, Noises Off, The Odd Couple, Wizard of Oz Gypsy, Jesus Christ Superstar, Romeo & Juliet, Summer Rain, The Mikado, Cosi, and Roo’s recent adaptation of Othello directed by team-mate Mark Rylander. Dylan was also the assistant director for Peter Pan at Roo and was one of the writers for Virus for the Illawarra Youth Arts Project.

When asked what games he is looking forward to, Dylan’s excitement to take a crack of the games he has watched previous teams play is clear.

“’Play in the Style Of’ is really fun and always has hysterical outcomes. Same with ‘Murder Endowments’ and ‘Emotional Rollercoaster’. I’m a little nervous about ‘Slow Motion Commentary’ or ‘Mime’.”

Dylan has a great love for the philosophy of bringing together the different companies in Playmates, and he has great respect for the talent and abilities within the other teams.

“The Drama Studio dominated (and won) the past couple of years. SPAT is always a high energy force and University has a bunch of talented members. Workshop hasn’t been in Playmates since 2011 and their productions always have such talent who knows what they’ll throw at us! Wollongong Comedy is always hilarious (obviously). Hmm. Could be any of us. It’s any man’s guess!” 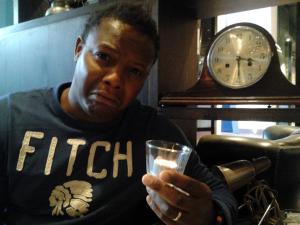 Roo Theatre team member Vu Moyo (aka The Swordsman) has burst on to the Illawarra theatre stage this year after performing overseas in many innovative theatrical projects. His involvement with many theatre groups in the region makes Vu the personification of the Playmates philosophy. He has performed with SPAT, Wollongong Workshop Theatre, Phoenix Theatre, independent theatre group The Dire Theatre and recently played the title role in Roo Theatre’s Othello. Vu recently performed in Black Box Theatre’s 24 Hour Theatre project and is a member of the Black Box Theatre devised ensemble. He is also lethal with a squash racquet.

“I’m a little nervous as this is my first Playmates, but I’m trying to keep an open mind about things. Hopefully our team will be ready for anything they throw at us. I’m a big fan of improvisation and I am looking forward to working with some of the best actors in our region.”

Mark Rylander has been acting since 1926, won 6 best-actor Oscars and 12 worst-actor Oscars, 6 BAFTAs and a partridge in a pear tree. His goal is to bring peace and harmony to the world by playing the combaphone on a giraffe.

After defecting to the Roo Theatre team since representing SPAT in last year’s Playmates Grand Final round, he realises the new-look SPAT team are out to get him. When asked is he scared of the wrath of the SPAT team, he states:

“You’ll know how nervous I am when you get within about 10 metres of me and sniff.”

Damian Ryan (also known as Dr Damo) followed in his daughter’s foot steps and decided to start acting classes at Roo Theatre in 2012 at age 46. He’s since starred in such Roo shows as The Odd Couple as Roy, Don’s Party as Mack, Joseph & The Amazing Technicolour Dreamcoat as The Butler / Levi, The Mikado and Peter Pan as Starkey. As well as writing and starring in scenes for performance nights of his Roo Theatre drama class.

When asked what he is looking forward to in Playmates, Damian appears ready to be surprised when he discovers he will need to act in an improvised comedy show.

“I’m really looking forward to meeting the other playboy playmates. And the bikini round.”