Wollongong Comedy is the Illawarra’s longest running, and only regular comedy room performing twice a month. Formerly known as the Craichouse, this popular group of comedians have been running for over eight years and have operated out of Wollongong’s Master Builders Club. Last year, Wollongong Comedy made their maiden Playmates experience and received the inaugural Playmates Award award, voted as team favourite by the other five group captains.

If my life were a book, it would be called “Nobody Likes You.”

Stu is a comedian who has performed for over ten years and is currently the operations man at Wollongong Comedy. He’s the one you’ll usually see striding around looking panicky wondering why the music just stopped, or checking that the microphone works, or making sure the comedians are all present and accounted for.

“I’m looking forward to testing my improvisation skills. It’s not a tool I usually employ in my comedy so it’s a nice change to get outside my comfort zone.”

Stu is a runner, a gardener and a father. He can make anything out of anything and can quote The Big Lebowski to beat the band.

If my life were a book, it would be called “To Be Continued …” 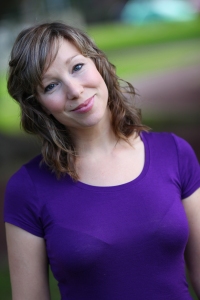 Although Michelle has proven herself in front of fierce improvisation competitions, she is looking forward to the relaxed and friendly Playmates stage.

“I like the idea of a show without a lot of competition. I know there is a bit of friendly rivalry, but I remember the terror of huge competitions in front of thousands of people and the pressure that came with that. It almost entirely removed the fun.”

“If I had a super-hero power I’d be THE FLASH. He’s really neat.” 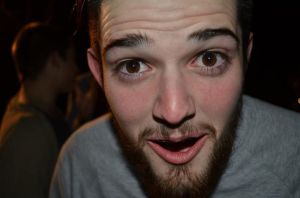 Adam has become a regular Playmates favourite, and has enjoyed representing Wollongong Comedy. Adam trained at The Drama Studio and has taken any opportunity to work in his improvisation skills since picking up the craft in high school. Adam has also taken to Stand Up comedy in Wollongong and Sydney since 2010.

“Playmates has quickly become one of my favourite nights of the year. Level with my birthday, Christmas and the one night a year where I get lucky.”

Adam is looking forward to the many games on offer in Playmates this year, although has frequent night tremors at the thought of having to sing on stage. He is keeping a close eye on rival team The Drama Studio (his former acting school) who he thinks are a strong chance of taking out the trophy for the second year in a row.

“This year, I’m looking forward to the sweet taste of victory as my team strides over the finish line in a majestic show of wit and all around good looks.”

If my life were a book, it would be called “The Daily Life of a Red-Head.”

Jen started pursuing her dream of all things performance at the tender age of eight years old with the Brooke Theatre in Sydney’s Blue Mountains where she was involved in numerous productions including Alice In Wonderland and Peter Pan. At 16, Jen spent 6 months studying performance at NIDA, and continued on to study several short courses including Comedy, Acting On Stage, Musical Theatre, Acting for Screen and many others. Jen has acted in Sydney’s Short+Sweet festival for four years and also performs with Sydney Interactive Theatre’s “The Messenger”.

“Playmates last year was incredible! It was so nerve wrecking but exciting at the same time.”

She recently fulfilled her life long dream of living by the ocean and made the move to Wollongong and is loving the relaxed and beautiful Illawarra coastline and its community.

Last year, Jen was a member of the MoonBurn Production team who have since moved to Melbourne, leaving the talented actress without a team. Wollongong Comedy guru Stu Macpherson wasted no time in recruited the gifted actress and have given her a company home of which she is thoroughly enjoying.

“There’s not a lot of this king of thing going on around here, everyone is best to take advantage of the Playmates experience. It’s truly unique, and I love how involved the audience is.”