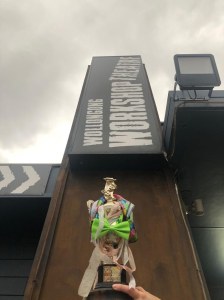 The teams have been locked in, and they are ready to play your favourite Playmates improvised comedy games as well as five new games that will be played using suggestions from our live audience.

Wollongong Workshop Theatre returns as defending champions and will face off against a University team hungry to take back the trophy.

“Uni team will avenge what was taken from us.” – Alex Cuff, Uni Captain

But can the team of comedians finally lift the trophy? Stu Macpherson’s Wollongong Comedy are fielding arguably their strongest team ever, but can they win over the judges? Adam Armitt, team captain, is confident of success this year.